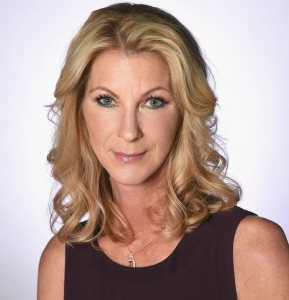 Alexandra, an award-winning creative executive and former executive producer, joined Debmar-Mercury in September 2010 and has played a pivotal role in expanding and growing the media company’s talk and game show portfolios. She was promoted to her current position in August 2014.

Under the close watch of Jewett and Burstein, The Wendy Williams Show took its place among the top tier of national daytime talk shows for the 2014-15 season. It was recently renewed through the 2019-20 season.

Jewett, together with Burstein, also oversees the game show Celebrity Name Game (co-produced by Fremantle Media North America), which returns for a third season in September 2016.

Debmar-Mercury distributes a myriad of popular shows including Family Feud, Tyler Perry sitcoms, House of Payne and the spinoff Meet the Browns as well as Revolution/CubeVision’s Are We There Yet? starring Ice Cube,.

Ms. Jewett joined Debmar-Mercury from CBS Television Distribution (CTD), where she served as VP of Programming and Development, East Coast, beginning in 2006. There she supported the launch of The Rachael Ray Show and the final seasons of The Montel Williams Show.

From 2004-06, Alexandra created and executive produced the award-winning series Operation Homecoming for TLC and also served as a programming consultant for the network.

Ms. Jewett began her TV career as a producer for The Phil Donahue Show in 1989. The popular program garnered four Daytime Emmy® nominations for Outstanding Talk/Service Show during her four-year tenure.