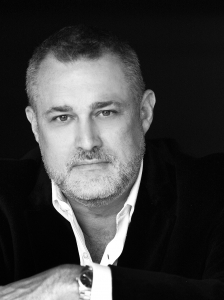 Hayzlett is a former Bloomberg contributing editor and primetime host, and has appeared as a guest celebrity judge on NBC’s Celebrity Apprentice with Donald Trump for three seasons. He is executive producer of a number of global television projects and is a frequent contributor to the American Marketing Association’s AMA TV and Marketing News publication. With a strong following in business and social media communities, he’s recognized as one of the top 10 c-suite Twitterers and a key influencer in the social media landscape.

Jeffrey hosts C-Suite with Jeffrey Hayzlett and Executive Perspectives on C-Suite TV. On C-Suite with Jeffrey Hayzlett, Jeffrey takes viewers inside the c-suite of some of the world’s biggest companies, including Domino’s, Dunkin’ Donuts, Cadillac, and more. Hayzlett asks the tough questions to get to the bottom of business, and discovers what makes C-level executives tick. On Executive Perspectives, Jeffrey interviews business executives, thought leaders, and innovators live on stage, with interviews being recorded in front of live audiences. He brings viewers a front row seat to some of the most interesting and innovating game changers in business today. Jeffrey is also the host of All Business with Jeffrey Hayzlett, which airs on CBS on-demand radio network Play.It and C-Suite Radio. Jeffrey goes inside the good, bad, and ugly of recent business results from some of today’s biggest headline makers. He interviews business celebrities like Gene Simmons, Barbara Corcoran, Daymond John, and Kevin Jonas, in exclusive one-on-one interviews to discuss their business successes, failures, and strategies they’ve utilized to make it big.

Jeffrey is the author of two business bestsellers, Running the Gauntlet: Essential Business Lessons to Lead, Drive Change and Grow Profits and The Mirror Test: Is Your Business Really Breathing. The Mirror Test received acclaim on numerous bestseller lists including Inc’s 800CEORead, The Wall Street Journal and USA Today. From the world of academia at leading business schools to corporate training and C-level circles, The Mirror Test’s thought-provoking lessons are told with bold simplicity, readability, and humor. Christie Hefner, former CEO of Playboy Enterprises, says The Mirror Test, “…provide(s) fresh insights and actionable advice in an engaging style.” Jeffrey’s second bestseller, Running the Gauntlet, released in January 2012 and answers the question: How do I change my business in a way that instills enthusiasm and increases profits? Providing the inspiration and tools for spearheading dramatic change, Jeffrey helps readers tackle their biggest obstacles to making changes necessary for business success: fear, apathy, and failure to take personal responsibility. In his trademark fast-paced, brash, humorous style, he provides a realistic approach to competing effectively in an increasingly competitive business environment. Jeffrey’s third book, Think Big, Act Bigger: The Rewards of Being Relentless, released in September 2015.

Not only engaging through his writing, Jeffrey’s presence and insight is in demand; he frequently appears at events globally, addressing business growth, communications, and marketing, and is in demand around the world for conferences, events, and corporate planning meetings. Jeffrey has years of international marketing, sales, and customer relations management experience. In 2010, Jeffrey stepped down from his role of Chief Marketing Officer at Eastman Kodak Company after four years with the company where he was responsible for Brand Development and Management, Market Development, Corporate and Product Public Relations, Communications and Public Affairs, Corporate Sponsorships, Business Development, Corporate Relationships and Partnerships, and Marketing.

Prior to joining Kodak, he led a private business development and public relations firm specializing in the technology and visual communications industries. He also held senior management positions in strategic business development and marketing at several companies, including Cenveo, Webprint, and Colorbus, Inc., and served in staff positions in the United States Senate and House of Representatives. Throughout his career, Jeffrey has received numerous global marketing and business awards including:  2015 National Speakers Association Hall of Fame; 2015 StatSocial Top 100 Social Media Power Influencers;  and 2014 Forbes Top 40 Social Selling Marketing Masters.

He sits on the board of many organizations including: We Are Family Foundation; Trustee, Pi Sigma Epsilon National Education Foundation; Permanent Trustee, and SMEI Academy of Achievement Hall of Fame. He has been the Chairman of such prestigious organizations as DMG; and Wild America.

Currently, Jeffrey leads The Hayzlett Grouass Public Relations, offering strategic business, marketing, and PR consulting, leading change for high growth businesses globally. He is also Co-Founder and Chairman of C-Suite Network, the most powerful network of c-suite leaders. Even when away from his home state of South Dakota, Jeffrey can always be found in his trademark cowboy boots. Learn more at http://www.hayzlett.com.