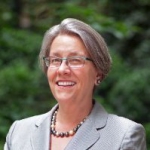 Founder of McMorran Strategists, Kathy is a creative business growth advisor and angel investor. Prior to starting her own company, Kathy worked for Faro Technologies Inc. where she was responsible for global market development. Before Faro Kathy was Senior VP of Aetna Retirement Services; and previously served as COO of Aetna Business Resources.  From 2000 to 2008, she served as Managing Director of Operations at PricewaterhouseCoopers where she created and led several services including global sourcing/procurement, real estate leasing, security and supplier diversity. She began her career in sales and marketing at INA (now Cigna).  During her corporate career, Kathy has had more than 3,000 direct reports with budget responsibilities of $550 million and has been accountable for procurement spends of over $3 billion.

Ms. Murray is a board member of Schenectady New York’s Daily Gazette; and an advisor to TempBuddy, a Dublin startup.  She is chair of the Executive Forum; founder of Executive Forum Angels; a past president of Harvard Business School Women’s Association of NY; trustee on the University of Rochester Board and Fellow at the Foreign Policy Association.

Kathy is a frequent speaker and instructor on business strategy and development; and investment.
She has served on many nonprofit boards including Outward Bound National Advisory; Loaves & Fishes; Pittsburgh Junior Chamber; the Hartford Symphony; Asylum Hill Congregational Church; and the Ellis School for Girls. Kathy received her BA from the University of Rochester and is a graduate of the Advanced Management Program at Harvard Business School. 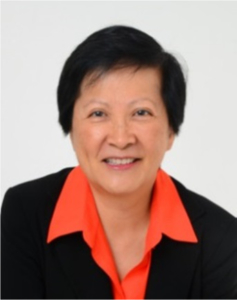 Helena has lived and worked in the U.S., Latin America and Asia with a strong track record of 25+ years growing businesses at major corporations. She is currently the CEO and founder of Top Trend International, providing consultancy in growth strategy, innovation, international expansion, and brand building. Helena is also a global investor, including angel investor in the USA and international, with successful exits.

Prior to that, Helena was the President of International for Rosetta Stone, the online language learning company, where she led the high double digit growth of its international business including improving online lead generation and social media plan.

Before her position at Rosetta Stone, Helena was the Global President for Oregon Scientific, a Chinese consumer electronic company, based in Hong Kong, where she led the transformation of the innovation process to be more consumer-centric and the development of a new and more competitive product pipeline, including entry into the new health and wellness category.

Helena was also general manager and CMO with Western Union Financial services where she led the global brand expansion and a 10-fold increase in revenues in five  years, from just $150 million to over $ 1.3 billion. She co-led a long term strategic plan identifying trends with a 10-year scenario planning that set new directions for the company.

She was previously Director of Business Development for Pepsi-Cola International; and worked nine years for Procter & Gamble in different brand management leadership positions
in the USA, Asia and Brazil.

Susan McPherson is a serial connector, cause marketer, angel investor, and corporate responsibility expert. She is the founder and CEO of McPherson Strategies, a communications consultancy focusing on the intersection between brands and social good, providing storytelling, partnership creation and visibility to corporations, NGOs and social enterprises. She’s a regular contributor to the Harvard Business Review, Triple Pundit and Forbes and has 25+ years experience in marketing, public relations, and sustainability communications. 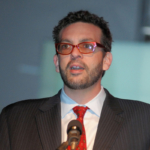 As a serial entrepreneur, Jordan has experienced both the highs and lows of owning a business. He was an investor in a start-up production studio that was not successful until he relocated to Los Angles and assumed management of the company, relaunching it as Vanguard in 2004. It became a prime location for high profile Hollywood premier parties; concerts including the Black-eyed Peas; and corporate launches for Dreamworks and Lexus among others. Over the next five years, Vanguard generated more than $40 million in gross revenues and employed more than 150 people over a decade. Jordan became a well-known figure in the entertainment business industry, serving on the Hollywood United Neighborhood Council and as its corresponding secretary for six years.

He was a founding employee and Senior Vice President, Business Development, of Juno Online Services, an internet provider, playing a key role in its successful IPO and its outperformance, beating analysts’ estimates for six consecutive quarters.

A graduate of Cornell University with a BS in Policy Analysis,  Birnbaum went on to receive an MA in Industrial and Organizational Psychology. Currently he is the VP and Chief Behavioral Economist at ADP where he directs the application of the principles of behavioral economics to new product development in the human capital management market.

Jeff Hoffman  is a successful entrepreneur, proven CEO, worldwide motivational speaker, published author Hollywood film producer, and a producer of a Grammy winning jazz album in 2015. In his career, he has been the founder of multiple startups, and has been the CEO of both public and private companies.  Jeff has been part of a number of well-known companies, including Priceline.com, uBid.com, CTI, Color Jar and more.

Today Jeff serves on the boards of companies in the US, Europe, South America, Africa, and Asia. He supports entrepreneurs and small businesses on a worldwide basis, serving on the global board of directors of Global Entrepreneurship in over 150 countries), the US State Department’s GIST program (Global Innovation through Science and Technology, working in 49 emerging nations), the APEC Startup Initiative (the Asia Pacific Economic Council’s 21-member nation association), and many others.

Jeff is a member of the board of directors of The Unreasonable Group, and he supports the White House, the State Department, the United Nations and similar organizations internationally on economic growth initiatives and entrepreneurship programs. Jeff is a frequent keynote speaker, having been invited to speak in over 50 countries. He speaks on the topics of innovation, entrepreneurship, and business leadership, and is the author of the book SCALE, a how-to-guide for growing your business.  Jeff also teaches innovation workshops to major corporations on a regular basis. Jeff is a featured business espert seen on Fox News, Fox Business, CNN, CNN International, Bloomberg News, CNBC, ABC, and NPR, and in publications including Forbes, Inc., Time, Fast Company, the Wall street Journal and more.

George Taylor is a successful entrepreneur with a 30-year history of founding companies that develop innovative products and services. As an entrepreneur, George has founded/co-founded nine companies ranging from breakthrough financial software, to market changing automotive services, to a regional craft beer producer that hires active gang members.

Today George is the Chairman of Untappd, the largest beer app in the world with over 6 million users and 8 thousand businesses on the platform.  He is also Chairman of JOMO and National Speed, two innovative companies positioned to disrupt their respective industries.

George is also involved in efforts to stop gang violence, and has recently founded No Colors Brewing, a craft beer producer that employs active gang leaders and members.  The North Carolina brewery plans to hire over 110 active gang members over the next 18 months, with all positions delivering a livable wage that competes with street money— $40k to $120k.  As a requirement of their employment, employees keep their position in the gangs (their influence is a key part of the change mechanism), agree to not participate in illegal activities, and actively recruit others to join the brewery team.

Jeannine Shao Collins is the CEO and Co-Founder of Girl Starter. Girl Starter’s mission is to educate girls and give them the power to reach their potential. Girl Starter is a new scalable, for-profit trans-media and technology company that uses the power of entertainment to activate girls in entrepreneurship and business leadership.

Creating new media destinations across integrated platforms, the company will offer an exciting reality television series, a robust online community, and a multi-city live tour. There will be inspirational, actionable content, and tools. This comprehensive, multi-pronged approach, provides various revenue streams for powering the entrepreneurial dreams of young millennial and generation z women. We want to improve the role models for women in media because we believe they have to “See it to Start it.”

Prior to Girl Starter, Collins was the EVP/Publisher of MORE magazine. She is an industry-recognized executive and was named “Publishing Executive of the Year” by Adweek in 2010 and a “Woman to Watch” by Advertising Age in 2000. She has also been inducted to the Media Industry Newsletter Hall of Fame and the America Advertising Federation Hall of Achievement.

Collins returned to MORE magazine in 2014, where she had been a driving force behind the brand’s growth as VP/Group Publisher and SVP/Publishing Director from 2002 to 2008. During her tenure, MORE received numerous awards including being named Advertising Age’s Magazine of the Year in 2006 and multiple placements on the Adweek’s prestigious magazine “Hot List.”

Since joining Meredith in 1993, she has also held top positions at Better Homes and Gardens, Ladies’ Home Journal, and FITNESS magazines. Most recently, Collins served as EVP/Chief Innovation Officer of Meredith 360°, the integrated marketing unit within Meredith Corporation.

Collins holds a bachelor’s degree in economics from the University of Rochester. She resides in New York with her husband and three children.