WVF’s annual fundraising event brought together business leaders and other WVF patrons to honor extraordinary women for their entrepreneurial spirit, accomplishments  and contributions to their communities.   All proceeds from the Gala allow WVF to continue to help women entrepreneurs achieve their dreams.

A heartfelt thanks to our sponsors, donors and attendees for making this year’s Gala such a success. If you were not able to attend, you can still make a donation to the organization. 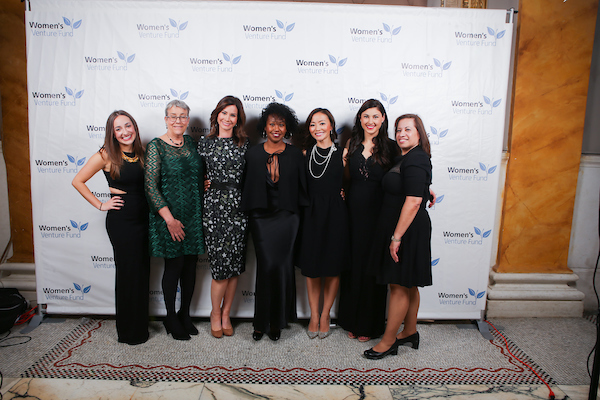 Again, thank you for your support! 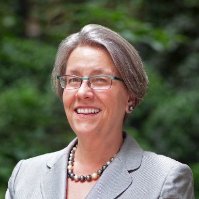 Kathy Murray is a creative business growth executive, angel investor and advisor; and is the founder of McMorran Strategists. She applies her business development and relationship marketing skills to help emerging startups grow as well as enable mid-to-large sized enterprises to infuse innovation into their operations.

Prior to founding McMorran, Kathy worked for Faro Technologies Inc. where she was in charge of global market development—exploring new markets for innovative 3D laser measurement products and services. Before coming to Faro Kathy was Senior VP of Aetna Retirement Services; and previously served as COO of Aetna Business Resources.  She began her career in sales and marketing leadership at INA (now Cigna).  Kathy has had more than 3,000 direct reports with budget responsibilities of $550 million and has been accountable for procurement spends of over $3 billion.

From 2000 to 2008, she served as Managing Director of Operations at PricewaterhouseCoopers where she created and led services including global sourcing/procurement, real estate leasing, security, crisis management, operational risk management, event management and supplier diversity.

Kathy is a board member of the Daily Gazette (a Schenectady family-owned media firm); and an advisor to TempBuddy, a Dublin startup.  She is also Chair of the Executive Forum; Founder of Executive Forum Angels; Past President of Harvard Business School Women’s Association of NY; Trustee on the University of Rochester Board and Fellow at the Foreign Policy Association.

Kathy received a BA from the University of Rochester and is a graduate of the Advanced Management Program at Harvard Business School. 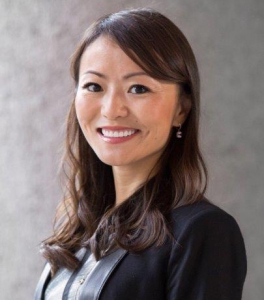 Karen Fang is Managing Director, head of Americas Fixed Income, Currencies & Commodities (FICC) Sales. Karen and her team work across the firm’s global markets and banking platforms to develop and distribute investing, hedging, optimizing and financing solutions for all client segments including financial institutions, asset managers and corporations. Before this, Karen was the Head of Cross Asset Solutions & Strategies at the firm.

Prior to joining the company, Karen was a Managing Director at Goldman Sachs, where she was responsible for the Pension, Endowment and Foundation Cross Asset Solutions Group in North America. Previously, she held senior positions in derivatives structuring, including at Merrill Lynch in Tokyo and Deutsche Bank in London.

Karen is on Fortune’s “40 under 40” list for 2015, the magazine’s ranking of the most influential young people in business. She was named a Young Global Leader by the World Economic Forum (WEF) in 2015. Young Global Leaders are recognized by the WEF for changing their industries, politics or society and represent the next generation of global leadership. She serves as a Global Ambassador for the Vital Voices – Bank of America partnership. The program brings together influential women leaders from the public and private sectors to mentor women engaged in small businesses and social enterprises. Karen was chosen by Investment Dealers’ Digest in 2011 as one of the “40 under 40” bankers who have emerged as leaders on Wall Street by virtue of the kind, scale and scope of their achievements and through their innovative contributions to finance. She was also a 2004 recipient of the “Rising Star Award” by the Women’s Bond Club of New York to women who have demonstrated exceptional leadership qualities in the early stages of their careers.

Karen holds a Bachelor’s degree in Economics from the University of Tokyo. 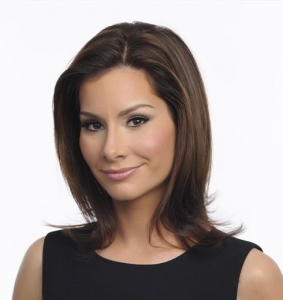 Rebecca Jarvis is the ABC News Chief Business, Technology and Economics Correspondent and Creator, Host and Managing Editor of “Real Biz with Rebecca Jarvis”. Deeply knowledgeable about financial news, she reports for all ABC News programs and platforms including “Good Morning America,” “World News Tonight with David Muir,” “Nightline,” “20/20,” and “This Week with George Stephanopoulos.” 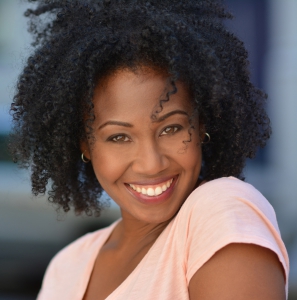 Tanya is an actress currently appearing in the groundbreaking Netflix original series Orange is the New Black in the recurring role of Crystal Burset. She starred for seven series as Deputy Kenya Jones on HBO’s True Blood.  Tanya gained momentum on the small screen by commanding attention with her chameleon-like ability to absorb roles on shows likes 24, ER and NYPD Blue. After a summer participating in the prestigious Williamstown Theatre Festival, she quickly became a familiar face to weekly television audiences.

However, writing is Tanya’s first passion. An English major at Vassar College, she took a post-college position at New York Times Magazine. Tanya later wrote, directed, produced and starred in the independent film, Butterfly Rising, based on her novel of the same name.

Ms Wright is also an entrepreneur and founder of HAIRiette, a hair care and media company based in New York City. Her products cater to women with dry, curly, coily and kinky hair and is sold nationwide in Target, Whole Foods stores in New York and New Jersey and dozens of beauty supply stores. Related to this entrepreneurial pursuit, she is the author of I Found God in My Hair.

Tanya speaks at colleges, universities and corporations on topics including artistry, entrepreneurship, New Media and her experiences in Hollywood as an actor/writer/ director. She is a lifetime member of the Edwin Forrest Society of the Actor’s Fund of America.

Tanya is diligent about maintaining both a physical and spiritual balance in her life and greatly enjoys playing fetch with her 12-year-old Black Lab, Macarena, who appears in many of Tanya’s creations.