The Defining Moments Gala is WVF’s premier fundraising event that brings together over 300 business leaders to commemorate the mission of the organization. Held on November 5th, the 2014 gala celebrated honorees who related their own defining moments —the personal journeys and circumstances that helped them achieve prominence in their field. 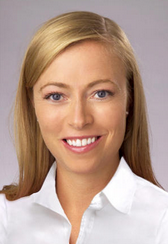 Lorie Almon is a complex employment litigation specialist who is recognized as a leader in her field. Both Chambers USA: America’s Leading Lawyers for Business and Legal 500 identify her as a leading lawyer for Labor and Employment. Ms. Almon also was selected in 2011 by The American Lawyer as one of the top “45 Under 45” women lawyers in The Am Law 200, and was named to the NACD Directorship’s “Directorship 100” list of “the most influential directors, officers, professionals and institutions” in corporate America. In recent years, she has also been named one of the nation’s “Fab Fifty” litigators under the age of 45 by The American Lawyer, recognized as one of the top “40 Under 40” lawyers in the United States by the National Law Journal and picked as one of the “500 Leading Litigators in America” by Lawdragon. Ms. Almon serves as Co-Managing Partner of the firm’s New York office, is a member of the firm’s Trial Team and also is vice chair of Seyfarth Shaw’s national Wage & Hour Litigation Practice Group.

Prior to joining Seyfarth Shaw, Ms. Almon was an Assistant Corporation Counsel in the Office of the Corporation Counsel of the City of New York. In this capacity, Ms. Almon litigated significant constitutional and federal questions. In 1995, her first full year of practice, Ms. Almon was formally honored by then-Mayor Rudolph Giuliani as “Legal Rookie of the Year” for her exceptional commitment and dedication to her work. Ms. Almon is a member of the National Board of Directors of Jumpstart, one of the nation’s fastest growing and most respected non-profit organizations in the field of early childhood education. She was awarded Seyfarth Shaw’s “Inspirational Leadership Award” in recognition of her commitment to Jumpstart, and to involving those around her in making a difference in the community. 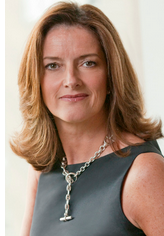 Susan has built a career working with corporate brands to ensure “future fit” and expansion of company products and services to new or underserved communities. At Citigroup, a Fortune 20 firm with operations in over 100 countries, Susan’s work has had long-term impact to improve access to and approachability of banking services, quality of experience and business engagement. She has spearheaded innovative advertising programs such as Citi’s Global 200 Years anniversary campaign focused on the untold stories of clients’ progress which seeded a storytelling culture of empowering individuals, businesses and communities through financial support. Susan also created the first program to reward retail bank customers with points which can act as a currency for donations to social causes via Facebook.

Harvard Business School has written about Susan’s work in innovative marketing and she has twice been invited to the White House to honor the best in innovation and design. Throughout her career, Susan has also demonstrated strong commitment to the success of women in banking and access for women to banking services. She sits on the Executive Steering Committee of Citi Women, creating opportunities for the development of women at the bank, and is a Board Member of Peace Direct and the Advertising Educational Foundation. Recently Susan was a keynote panelist at the Executive Marketing Summit at the New York Stock Exchange, where she spoke about her passion for the megatrend, “The Economic Emergence of Women,” and its positive implications for business and improvements in society. 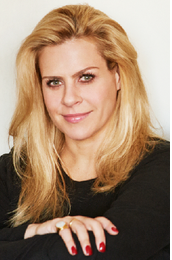 Under owner and designer Alexa Hampton’s direction, the world famous firm Mark Hampton LLC has completed a wide range of designs for domestic and international projects, from New York City to Hangzhou, China, including apartments and large residences, private airplanes and yachts. A perennial member of Architectural Digest’s AD100 and House Beautiful’s Top Designer list as well as a member of Elle Décor’s A-list, Hampton’s work is classic, traditional and eclectic. Her involvement in design goes far past her position as President and featured designer of Mark Hampton LLC; she is on the board of trustees for the New York School of Interior Design, the New York Landmarks Conservancy and the Institute for Classical Architecture. She was one of the three inaugural designers who launched Gilt Groupe’s Gilt Home Design Boutiques, serves on the design board of MyDeco.com and was the only ever female cast member of “This Old House” and was a co-host of PBS’ “Find.” Over the years, Hampton’s work has been featured in many national and regional shelter and design magazines.

In recent years, Hampton received an honorary PhD from Moore College of Art and Design, was awarded Cosmopolitan’s Fun Fearless Female Award, Connecticut Cottage & Gardens’ Design Innovator Award and the Hyland Award for Interior Design. She was the first woman to receive the Design Icon Award at the World Market Center in 2013. In 2014, she received a Crystal Kylin Award from the China Interior Design Association, one of the top honors in the design industry in that country.

Hampton has a growing stable of acclaimed products for the home. These include fabrics and trims for Kravet Inc., her own furniture line for Hickory Chair Co. and its sister furniture line at Kravet, carpets for Stark Carpet, lighting for Visual Comfort & Co., mantels for Chesney’s, and The Alexa Hampton Home Collection for HSN which includes towels, bedding, slipcovers, and curtains and the Alexa Hampton art collection to be launched by Soicher Marin in fall of 2014.

Hampton is the author of two critically praised books: The Language of Interior Design, and Decorating in Detail and contributed an essay for Charlotte Moss’ book, A Visual Life. She is also a contributing columnist for the The Wall Street Journal’s Saturday “Off Duty” section. Hampton posts on facebook, twitter, and pinterest under Alexa Hampton Inc. and frequently lectures around the country and in China on design.

Hampton lives in NY with her husband and three children. 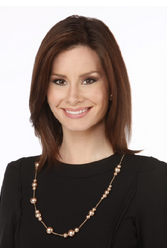 Rebecca Jarvis was named ABC News Chief Business and Economics Correspondent in April 2013. Deeply knowledgeable about financial news, she reports for all ABC News programs and platforms including “Good Morning America,” “World News with Diane Sawyer,” “Nightline,” “20/20,” and “This Week with George Stephanopoulos.”

Jarvis has conducted wide-ranging interviews with the biggest names in business, including mega-investor Warren Buffett, Facebook’s Sheryl Sandberg, Twitter founder Jack Dorsey, former Federal Reserve Chair Paul Volcker and Lloyd Blankfein from Goldman Sachs. She has also covered the Madoff scandal, and virtually every aspect of the Great Recession and financial crisis – from the housing bubble and foreclosures, to the collapse of Bear Stearns and the General Motors bankruptcy, to soaring unemployment. In 2008 and 2012 she covered the Presidential elections. Jarvis is currently nominated for an Emmy for her work covering the Newtown tragedy.

Before joining ABC News, Jarvis was co-host of “CBS This Morning: Saturday,” Business and Economics correspondent for CBS News, and the founder, host, and managing editor of “The Startup with Rebecca Jarvis” on CBSNews.com. Prior to CBS News, Jarvis spent 3 years at CNBC reporting on market news from the New York Stock Exchange, NASDAQ and the New York Mercantile Exchange. She also contributed to MSNBC and NBC News including the “Today Show” and “Nightly News with Brian Williams”.

She has received national recognition for her work with Colin Powell to empower children and improve communities. In 2000, she was named “One of Twenty Teens Who Will Change the World” by Teen People magazine and also named a “National Point of Light,” receiving accolades from Presidents Bill Clinton and George H.W. Bush.