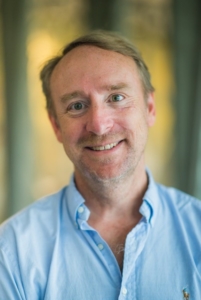 George Taylor is a successful entrepreneur with a 30-year history of founding companies that develop innovative products and services. As an entrepreneur, George has founded/co-founded nine companies ranging from breakthrough financial software, to market changing automotive services, to a regional craft beer producer that hires active gang members.

Today George is the Chairman of Untappd, the largest beer app in the world with over 6 million users and 8 thousand businesses on the platform.  He is also Chairman of JOMO and National Speed, two innovative companies positioned to disrupt their respective industries.

George is also involved in efforts to stop gang violence, and has recently founded No Colors Brewing, a craft beer producer that employs active gang leaders and members.  The North Carolina brewery plans to hire over 110 active gang members over the next 18 months, with all positions delivering a livable wage that competes with street money— $40k to $120k.  As a requirement of their employment, employees keep their position in the gangs (their influence is a key part of the change mechanism), agree to not participate in illegal activities, and actively recruit others to join the brewery team.