Honoring women whose business or professional contributions significantly impact their industry and exemplify an understanding of the balance between outcome and responsibility in their workplace.

Emmy-award winning Lynda Baquero is NBC 4 New York’s consumer reporter.  “Better Get Baquero” investigates and resolves consumer complaints.  Lynda’s “Freebie Friday” segment,   that airs during the 5pm newscast, gives viewers the inside scoop on free deals for events, dining, beauty and pet products. She is also the host of “Visiones,” a long-running series that focuses on the hot-button issues in the Hispanic community.  “Visiones” can be seen on the Saturday edition of  “Weekend Today in New York” at 6:45 am.

Lynda has reported on stories at home and abroad, from Puerto Rico, Cuba, Dominican Republic, Haiti, the Holy Land and the Salt Lake City and Atlanta Olympic Games. She is the recipient of two Emmy awards, an El Diario La Prensa’s “Mujeres Destacadas” (Outstanding Women) award and the New York University College of Arts and Sciences Alumni “Achievement Award.” She is a board member of Let’s Get Ready, a non-profit that helps students prepare for their college education.

Baquero joined NBC4 from NY1 and WCBS where she was a consumer reporter and anchor.  She is a graduate of New York University and holds a Bachelor of Arts degree in Broadcast Journalism.

Alessia Falsarone, SASB FSA, is a Managing Director with PineBridge Investments in New York, a private, global asset manager focused on active, high-conviction investing. She is responsible for the alignment of portfolio strategy and investment risk processes with focus on the developed markets’ credit platform. Ms. Falsarone served in the office of the CEO of PineBridge’s predecessor entity, AIG Investments. Prior to AIG, she was part of the Global Investments team at Citigroup as Vice President responsible for strategic co-investments and international client advisory as well as an investment banker with Credit Suisse.

Ms. Falsarone is an NACD Governance fellow, a start-up mentor in the Stanford IGNITE accelerator program, and an active contributor to the Financial Management Association.  She serves as a Member of the Board of 1787fp, a digital platform focused on consumer finance (TechCrunch Disruptor 2017) and as a Trustee of the International Education and Resource Network (iEarn-USA). A researcher of behavioral sciences, she is contributing author to “Applying Neuroscience to Business Practice” (October 2016).

Ms. Falsarone holds an MSc in Financial Mathematics from Stanford University, an MBA from the MIT Sloan School of Business and a BS in Financial Economics from Bocconi University, Milan, Italy.

Melissa Person-Ashforth is an accomplished Information Technology, Software – Application Development and Information Security – Cybersecurity executive with a distinguished 25 + year career growing revenue and profits for established and early-stage companies and government agencies nationally and internationally. An innovative strategist with a record of revamping and transforming under-performing organizations. Melissa is the co-founder and CEO of Melissa International.

Margery’s enterprise is a global consulting firm headquartered in Washington, D.C. specializing in public affairs, communication and business consulting for major multinationals. She founded APCO in 1984 and transformed it from a company with one small Washington office to a multinational consulting firm in major cities throughout the Americas, Europe, the Middle East, Africa and Asia. In September 2004, Ms. Kraus led a management buyout of her firm, making APCO one of the largest privately owned communication and public affairs firms in the world.

Throughout the years, Margery’s approach has been to fuse the best local experience with a global perspective, resulting in an international agency with a unique culture based on seamless teamwork. Ms. Kraus’ achievements have been recognized over the years through a number of prestigious awards, including the Enterprising Women of the Year Award (2019); PRWeek’s Top 20 Most Influential Communicators (2018), honoring the top communicators of the past 20 years; PRWeek Hall of Femme (2017); PR News’ PR People Hall of Fame (2015); C200 Foundation Entrepreneurial Champion Award (2015); PRWeek Hall of Fame (2014); U.S. Association of Former Members of Congress Corporate Statesmanship Award (2013); Volunteers of America (Greater New York) Spirit of the Founders (2012); the Plank Center for Leadership in Public Relations’ Agency Mentorship (2012); Global Thinkers Forum Excellence in Leadership (2012); Arthur W. Page Society’s Hall of Fame (2011); Institute for Public Relations’ Alexander Hamilton Medal for lifetime contributions to professional public relations (2010); Washington Business Hall of Fame (2009); Enterprising Women Hall of Fame (2009); Ernst & Young Entrepreneur Of The Year in the services category in Greater Washington (2006); Washington PR Woman of the Year (2006); and PR News Lifetime Achievement (2005).

Margery specializes in providing strategic counsel on issue-based communication, crisis management, market entry and corporate reputation across diverse industry groups. The range of her experience is reflected in APCO’s industry practice groups. In addition, she pioneered one of the industry’s earliest practices in corporate responsibility and the development of public/private partnerships.
Prior to starting APCO, Ms. Kraus assisted in the creation and development of the Close Up Foundation, a multi-million-dollar educational foundation sponsored in part by the United States Congress. Ms. Kraus continues to be involved with the foundation by serving on its board of directors.

Ms. Kraus is active on other institutional and corporate boards and committees. She is chairman of the board of the Women Presidents’ Organization; serves on the international advisory board of Tikehau Capital, the social responsibility advisory board of Univision Communications Corporate, and the advisory board of Enterprising Women magazine; is a trustee of the Catherine B. Reynolds Foundation, the Institute for Public Relations and American University; and sits on the advisory board of the J.L. Kellogg Graduate School of Management at Northwestern University.  In addition, she is a past chairman of the Public Affairs Council and the board of directors of the PR Council.  She also served as a trustee for Northwestern Mutual for more than a decade.

Ms. Kraus is the author of numerous articles in the fields of public affairs management and corporate reputation and has been a guest lecturer throughout the world. She holds a Bachelor of Arts and Master of Arts in political science and public law from the American University. 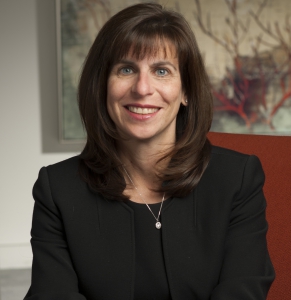 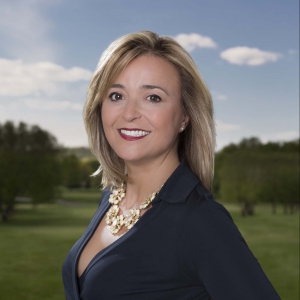 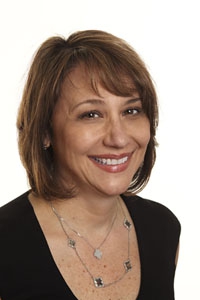