WVF’s premier fundraising event Defining Moments Gala & Auction brings together over 300 business leaders to commemorate the mission of the organization. Thank you all for making this yea’s gala a memorable one.  Your donations allows us to continue to the help women entrepreneurs achieve their dreams.  To see pictures from last year’s gala Click here. 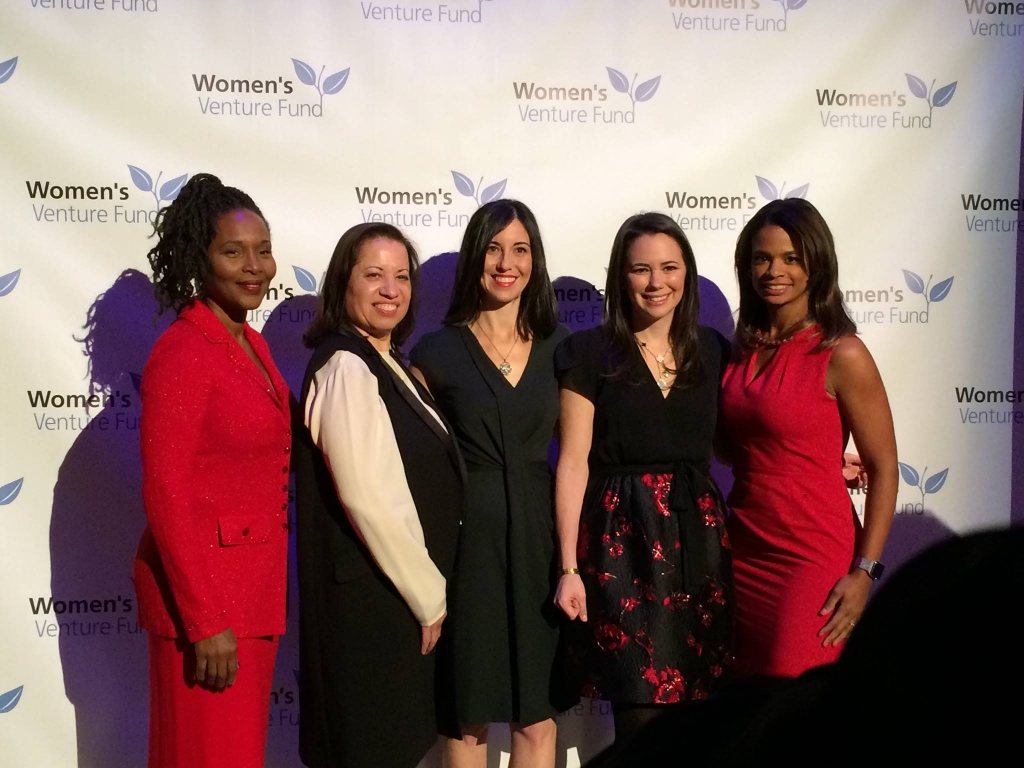 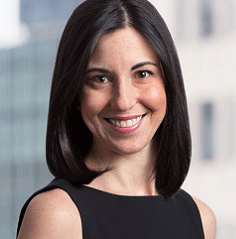 Stacey Maman is a Managing Principal and the Director of Investor Relations and Business Development for Monarch Alternative Capital LP.  Founded in 2002, Monarch is a global distressed debt investment firm with approximately $5 billion of assets under management.  Ms. Maman joined Monarch in 2004 as a Senior Research Analyst after two years as an Associate working in Quadrangle Capital Partners.  Prior to joining Quadrangle in 2002, Ms. Maman was an Analyst in the Mergers & Acquisitions / Media & Communications Group at Morgan Stanley where she worked on advisory assignments for clients in the media and communications industries.  Ms. Maman graduated from the Wharton School of the University of Pennsylvania, magna cum laude, with a B.S. in Economics and concentrations in Finance and Accounting.  She serves on the board of Saving Mothers, an organization dedicated to eradicating preventable maternal deaths and birth-related complications in the developing world.  Ms. Maman lives in New York City with her husband and her two daughters. 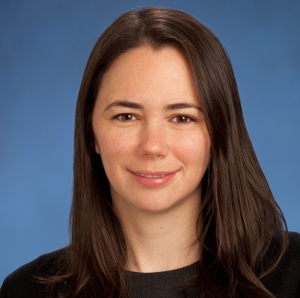 Caroline is the global head of Human Capital Management (HCM) for the Securities Division. She serves on the HCM Operating Committee, the HCM Americas Leadership Team and is the MD sponsor for the HCM Women’s Network and an LGBT ally. Previously, Caroline was an HCM business partner and chief of staff for the global Securities HCM team. Earlier in her career, she was a campus recruiter. Caroline joined Goldman Sachs in 2000 as an analyst and was named managing director in 2010.

Prior to joining the firm, Caroline worked in recruiting at Credit Suisse First Boston.  Caroline earned a BA in Psychology from Northwestern University in 1999. 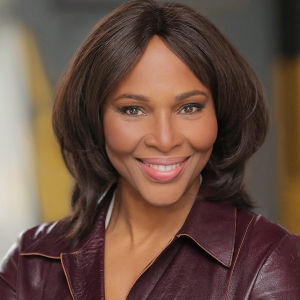 Suzzanne is a patron of the arts and an advocate for teaching artistic expression in the educational system.  As an artist/activist, her body of work displays her commitment to roles that fuse social action with art by challenging societal norms and heightening the audience’s consciousness about community and world issues.  Although widely known as an actress, singer and producer, her everyday life is committed to using her gifts to empower the community.

She is a graduate of Illinois State University and a student in the Master’s Program in Jazz Vocals at the prestigious Manhattan School of Music.  In the community, she is a lifetime member of Girl Scouts of America, The National Council of Negro Women, Sigma Alpha Lambda (a national leadership and honors organization), Jack and Jill of America, Inc.  She is also on the National Board of Delta Sigma Theta, Sorority, Inc. As an award-winning actress of screen and stage, her personal commitment to exploring characters seldom played by women of color has allowed her to create a canon of enigmatic and complex roles.  Although she is widely known for her starring role in the long-running Warner Brothers television show The Parent’Hood , her recent role as Cissy Houston in the Lifetime biopic, Whitney, as well as roles in blockbuster films such as How Stella Got Her Groove Back, Jason’s Lyric, The Inkwell and School of Rock, she has an extensive career in theatre from Broadway and beyond.  On Broadway, Suzzanne has starred in The Tap Dance Kid, It’s a Grand Night for Singing and The Threepenny Opera opposite legendary musician Sting. Other theatre credits include Shakespeare’s Henry V, Kara Lee Corthron’s post-modern play, Julius by Design, Regina Taylor’s The Drowning Crow (Chicago’s Goodman Theater), Night in Tunisia, (George Street Playhouse),  Crowns (Pasadena Playhouse) and Arthur Laurent’s, Hallelujah, Baby!, which Laurent re-wrote especially for her.  She was also the first African-American to play the role of Dr. Bearing in the Pulitzer Prize winning play, Wit at the George Street Playhouse. On television, Suzzanne had a recurring role in Mo’Nique’s comedy, The Parkers.  She has also starred in a variety critically acclaimed shows such as: The Good Wife, NYPD Blue, Law and Order, Touched by an Angel, I’ll Fly Away and In the Shadow of Love. For her touching performance in the ABC made-for-television remake of the classic film Sounder, she was nominated for an NAACP Image Award. As a singer, she is known for performances that blend spoken word with jazz styling and the results are sizzling!  Suzzanne’s musical talents have enabled her to perform with Stanley Turrentine, Gene Harris, Jon Faddis, Kenney Burrell, Nate Adderley, Don Braden, and T.S. Monk. As a producer, she has won several awards for her films The Last Weekend and Theresa Rebeck’s Love on the Rocks starring Julie White.

Suzzanne has been recognized for her outstanding work on stage and screen.  For her performance in the film Tap alongside legends Sammy Davis, Jr. and Gregory Hines she won an NAACP Image Award. Her performance in How Stella Got Her Groove Back was applauded with a Black Oscar and she was awarded A Reel Award for her performance in Sounder.  She can also be seen in the film Changing the Game, which was selected for the prestegious Cannes Film Festival. She is also the recipient of The Mary Martin Prize for musical theater which is sponsored by the National Institute for Music Theater. 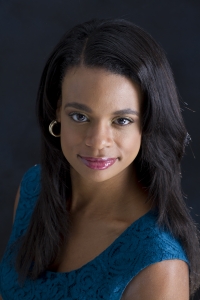 Marlie Hall is an award-winning Broadcast Journalist. She is currently a Correspondent for CBS News. She has covered some of the biggest headlines in the country including the Newtown school shooting, the Asiana Airlines plane crash in San Francisco, the riots in Ferguson Missouri following the police shooting of Michael Brown and most recently, the 50th anniversary of the voting rights marches in Selma, Alabama.

Before joining CBS News in December of 2012, Marlie was the original Host of “Eye Opener” – a morning news program on PHL 17 in Philadelphia.

In 2010, Marlie was a Digital Journalist with NBC Universal’s theGrio.com. It was during that time that she traveled to Haiti to cover that country’s devastating earthquake.

From 2004 to 2009, Marlie served as Anchor and Correspondent for Cablevision’s HDNews – the nation’s first 24-hour High Definition News Network. In addition to anchoring the network’s nightly newscast, Marlie reported major news events from the field. She covered the historic 2008 Obama Presidential Election from states all over the country. She also travelled internationally to Haiti to report on the healthcare crisis there. It was this international reporting that earned her a Bronze Telly Award in 2009.

Before joining HDNews, Marlie hosted her own show on the Food Network called “Recipe for Success” in addition to several network specials.

She received her undergraduate degree in Journalism from St. John’s University and earned a Master’s of Business Administration at Dowling College in New York. Marlie currently resides in New York and is proud to be a Haitian-American. 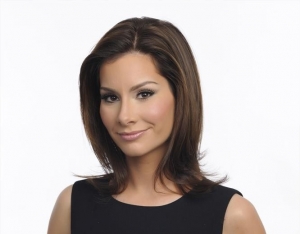 Rebecca Jarvis is the ABC News Chief Business and Economics Correspondent and Creator, Host and Managing Editor of “Real Biz with Rebecca Jarvis”. Deeply knowledgeable about financial news, she reports for all ABC News programs and platforms including “Good Morning America,” “World News Tonight with David Muir,” “Nightline,” “20/20,” and “This Week with George Stephanopoulos.”

2015 WVF Board of Directors