Mastering the Art of Publicity

This event has passed.

Mastering the Art of Publicity

* These fields are required. 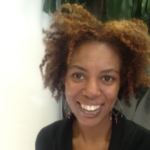 In 2000, Lea launched her own consultancy with media projects including groundbreaking film maker John Singleton’s Baby Boy, the late August Wilson’s play King Hedley II. Her clientele has been very diverse including luxury brands such as POLISH Nail Emporium and Pieces, a fashion boutique. Lea was Press Secretary for Roger Green, Assembyman in Brooklyn’s 57th District. She has launched media campaigns for Black & Sexy.TV and film maker Nerfertite Nguvu (In The Morning and N’Kenge of Motown: The Musical.)